For those of you who don’t know, Doug and Gloria Margheim are in Washington D.C. right now. Doug has been asked to read some of the names off of the wall as they are doing this for veterans day I believe/ I would consider it quite an honor! Way to go Doug!

Gloria’s thoughts as she and Doug are representing us in DC:

“This is a life event that is indescribable. Two insignificant beings, one speaking the names of 90 national treasures, two of whom walked the halls of LHS with us, in a war and era that ended up defining baby boomers – the soldiers, the protesters, the silent, wherever one of us were that defined ‘us’ – we were just kids trying to make it. Just kids.” ~ Gloria 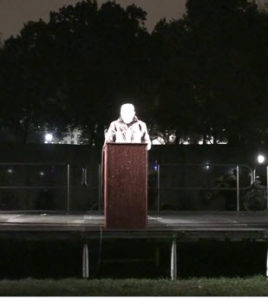 Friday, November 10th, 11:08 PM, This list has Dennis Cressey’s name in it.
More details will be coming later.